That is the Mantra of the Lecturers to Medical Student’s after being told about rare diseases. 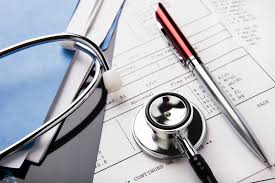 I was talking to a Medical Student (just completed her 5th year) while I was with someone at the Emergency Department of a hospital recently.

We began talking about Chronic Illnesses and the fact that the families of those with Chronic Illness know more than many Dr’s about their particular condition.

She asked me about Derek’s illnesses…. “do you mind me asking what he has?”

No, I did not mind her asking. I am all for education.

I told her Antiphospholipid Syndrome. “Oh” she says, “I have heard of that”.

To say I was very surprised would be accurate.

I then asked her how she had heard about it.

Apparently, they were told about it in a Gynecology Lecture, had to learn about it in relation to pregnancy, and had a question on it in their 5th yr Exam.

They were then promptly told to forget about it, as they would never meet anyone with it.

She was not aware that Men could get it, or that it was something that can and does occur outside pregnancy!

Given that I know at least 4 women with it, and Derek has it, it isn’t that rare.

She knew nothing about the Catastrophic variant  or even that such a beast existed.

This is not the first time I have heard this about rare conditions.

Every time we query a Junior Dr or fully trained Nurse they say the same thing about Addison’s Disease/Adrenal Insufficiency. “We are told it exists, what the symptoms are, then told “but don’t worry, it is so rare you will never meet anyone with it”.  They are then shocked to hear about Derek.

If he is in hospital, the Medical Students are told to go see him, they will never meet anyone like him again!

No, they won’t. Because if they have a patient with either of Derek’s conditions, the patient will probably die before they are diagnosed.

Then there are those patients who suspect they may have a rare chronic illness is who are frequently (almost always) told “No, you can’t have that, it is too rare!”

Another useful thing all Medical Students are taught is: “if you hear hooves, look for horses, not Zebras.”

So what does this mean?  It simply means you look for Zebra’s if the Horses aren’t in the room.

How can you rely on the Medical Fraternity, when they so often get it wrong.

That is not to say they should know everything. What they should be doing is listening to their patients. Don’t rule out things just because they are Rare, or not “normally” found in that sex.

Listen carefully to your patients. If what you think is wrong comes back negative, give your patient the benefit of the doubt. Do the basic test to see if it IS  a “Zebra in the Room”. If you want to be arrogant, do the test to prove your patient wrong.

What is the worst that can happen?  The Patient is right, and you have to apologize.

Heaven forbid a Dr should find out they are not GOD!