Every few months we get a question from someone on a forum as to what a normal BP or Temperature, or blood result is.

Everyone will jump in with one of two answers:

Both of these are valid responses. However, the book “Normal” is simply what the middle of the Bell Curve is.

Most “normal” numbers are taken from a group (be it large or small) and are based on a Bell Curve of averages. 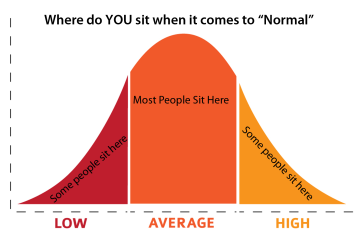 In this image, all areas are “Normal” according to a “range” but where you sit will differ to the person sitting next to you.

The first thing Derek and I learned when he was diagnosed with AI is that there is no Strict Normal.  Most people will sit within a range, but they will not have identical numbers.

When you are sick, the first thing they check is BP, Temperature, Heart Rate and Oxygen Saturation and, if you are really lucky, they will do a few bloods.

When Derek had pneumonia in 2014 he went into crisis before he showed real signs of being unwell. For him Adrenal Crisis (or low cortisol) can be his first sign of being unwell.

In 2015 when he got pneumonia (yes he has had it every year since 2012) we knew his “Normal” and once his temp showed to be out of HIS normal range we sought treatment. The problem is, for him normal is 35.9 so once his Temp hit and stayed at 37.3 (considered perfectly “normal”) we knew he had some sort of infection so sought help. We kept him out of hospital because the temp was one of the first signs. We knew HIS “normal” so were able to run with that, and get treatment underway before he became too sick.

The same thing happened this year with a throat infection. Because we know what his “normal” is, we could see that some things were off so he was already taking a bump in Hydrocortisone.

The problem was, he has no feeling on one side of his throat so by the time he had a sore throat he already had a throat infection. But, it wasn’t’ crazy out of control because again, he knew his normal readings and was already taking HC to fight what ever it was he was fighting.

How do we know his “normal”. Quite simple, we did regular checks of his BP over a 3 months period. And by regular I mean 3 times a day every day. And we charted it. We also did a 10 day Basil Temperature Check. We keep all his blood tests. I know it sounds crazy but what that means is we knew when:

Why is knowing YOUR numbers important?

If you have a chronic illness, YOU, not the Dr’s know when you need to seek help, and when you can manage it at home.

If you rock up to the hospital with a BP of 90/60 according to the books it is not a problem (maybe you need to drink a little more), but if your normal BP is 135/85, then 90/60 is a big difference and there is probably something wrong. Also, you have probably already tried drinking water. For some reason many Dr’s seem to think that you are an idiot because you haven’t been to medical school and they have (especially the young, newly trained or still training ones). If you can then turn to them and say “I know my normal, I have tried correcting this myself, I need help” then perhaps they will listen to you.

We had to do that once. A Dr tried to tell us that a creatinine level of 125 was “normal” for Derek because he had that level once before (yes, 3 months after kidney failure, which had been 18 months previous). We knew that for him normal was 110-115. She ignored us, and didn’t treat the dehydration (the 125 was a text book sign). He was admitted to hospital in Crisis and the next day a senior Dr came in, took a look at his bloods and said “put fluids up, he is dehydrated”. The same resident did not bother comparing a chest xray from when he was well, to the one she had taken that night. Had that occurred, she would have seen he also had the beginnings of pneumonia. But because she didn’t know HIS normal, she missed everything.

Taking time when well, to find your normal may possibly save you a lot of stress when you are not “normal” for you. 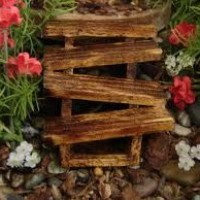 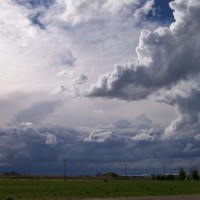